Thanks for coming back to read 🙂

I forgot 3 important points before I finish my story about our IVF Process.

1- The night before the retrieval, you have to take a “trigger shot” at exactly the time the doctor tells you. They time it to when you will come in for the egg retrieval and to make sure your eggs are mature. This shot is done in the lower part of your back/upper buttocks.

2. I also had to start a progesterone shot around this time to basically trick my body that I was pregnant. These hurt so badly and were also in the lower back/upper butt. I would ice the area while Dave got the shot together and still almost cry each time. We would switch sides every night but it still became very sore and uncomfortable so at night I had a hard time sleeping. These shots were done every single night.

3. You may be wondering what happened to our 3 other embies that were still growing. Dave and I paid beforehand to freeze and store any leftover embryos for future cycles. It cracks me up because we were like wow we will have 3 left…we won’t need them all etc etc. We received a call from our doctor 5 days after the retrieval that there were NO embryos left to freeze. If they did freeze them, they would not survive the thaw. We were heartbroken and did not expect that to happen.

So I last left off telling you how we were pregnant and so excited. They wanted me to come in for one more blood test before making the appointment for an ultrasound. Later that afternoon we received a call from a nurse– not our doctor and not our usual nurse either– who told us “Unfortunately, your numbers are going down. Please stop the progesterone shots and come back in a week to make sure your hCG is at 0 (bye bye baby), so you can get your period.” It was like she was calling in her lunch order…doesn’t she know she just crushed us? I remember sitting in my office and crying while Dave just stood there and started at me. I had on a St. Anne bracelet the whole time and I ripped it off and threw it. I told her I wanted the doctor to call me ASAP. When he finally did, he was almost confused why I had questions…seriously?! Explain to me what may have gone wrong here…not only was it an emotional/physical mess on us, but we are also out of $17,000.00.

He started by saying there were red flags along the way…maybe its egg quality now and not just an issue on Dave’s end, it took longer then we expected for you to grow follicles….etc, etc. It was awful. To make matters worse- when I went back a week later, my numbers went up again! They said no way was I pregnant but I wasn’t losing the embryo like I should be….it was hanging on. They told me to come in another week later and if the numbers were still up, they would have to give me a shot to get my period. What a mess…I cried again and Dave and I were just so angry at everything. Thank God after the 3rd test, my numbers went down and my period came on its own….still cried like a baby when it came, it was really over.

We had a sit down appointment with our doctor and my mom came along. I cried…yet again and we tried to get answers. In the beginning of the process, we had so much blood work done to test for everything under the sun- genetic testing etc. I thought we had it all and then I find out AFTER this process, that Dave had the more detailed genetic testing because some of his conditions warranted it and would be covered by insurance. I did not— because it wouldn’t have been covered. WOW. We didn’t even get an option??  Why didn’t I know this before? Why didn’t I understand everything and ask more questions?

I ended up getting the bloodwork done…18 viles…EIGHTEEN in one sitting and waited. We found out 2 things- 1. I needed a prescription for folic acid because my body was not absorbing it like it should. 2. I needed to start taking a baby aspirin every day. The nurse goes and tells me “Once people fix this, they usually get pregnant then with IVF.” Thanks a lot..if we only knew this beforehand.

We decided after meeting with the doctor, how we were treated and hearing some options- it was time to try a new doctor and get a 2nd opinion. But, before all of this, Dave and I were taking a vacation. We booked a 4 day trip to Mexico…just what we needed. 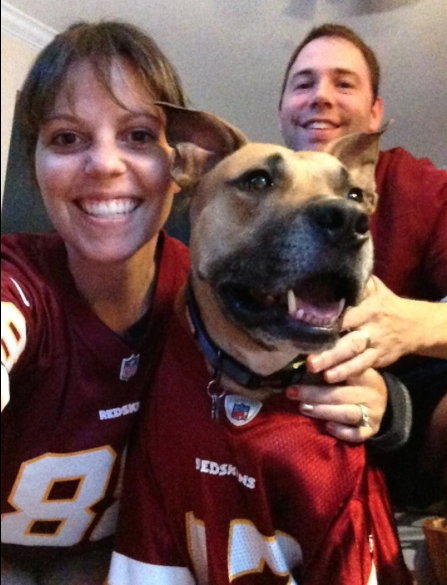